The truth is, unlike almost every single other mythical creature, the unicorn does not appear anywhere in any culture’s actual mythology. That is to say, plenty of Greek scholars believed that unicorns existed, but the unicorn itself does not come from Greek mythology. There are no tales of gods riding unicorns or legends of unicorns fighting monsters.

To put it simply, there is no such thing as ‘unicorn mythology’.

Greek scholars actually believed that this creature was real, and that it made its home in India. At the time, India was a little known distant land that seemed magical and mysterious to the ancient Greeks and Romans. Fittingly, the unicorn was seen as a mystical and mysterious creature who commanded great respect and power.

This is not unlike the griffin, who many ancient Greeks also believed came from India. And like the griffin, very few specific tales can be told about the unicorn, despite its popularity around the world.

The strangest part has to be the fact that ancient scholars believed that unicorns were real. While this is true of other mythical creatures, unicorns are unique in that they aren’t from mythology. For example, ancient people might believe that a Pegasus, the winged horse of Bellerophon, was real because there was a specific myth that spoke of him. The unicorn, on the other hand, has no such myth, so where does the belief in unicorns come from?

Some historians speculate that ancient carvings depicting bulls or goats may have something to do with it. Those creatures both have horns, but obviously they have two horns while the unicorn only has one. The carvings in question, though, show the animals depicted from a perfect side-view, which makes it appear that the creature had a single horn coming from its forehead.

This theory is furthered by the early depictions of unicorns having goat-like cloven hooves and beards. This very well could be where the legends began.

One scholar pointed out another interesting fact about unicorns – they are possibly the only mythical creature that is not based on human fears. Unicorns are not monsters. Anytime they are spoken of in ancient texts they are revered and respected. They are strong, solitary animals who seek to do good for all around them. Never does a unicorn pose a threat to humans, or any other creature that does not seek first to harm them. 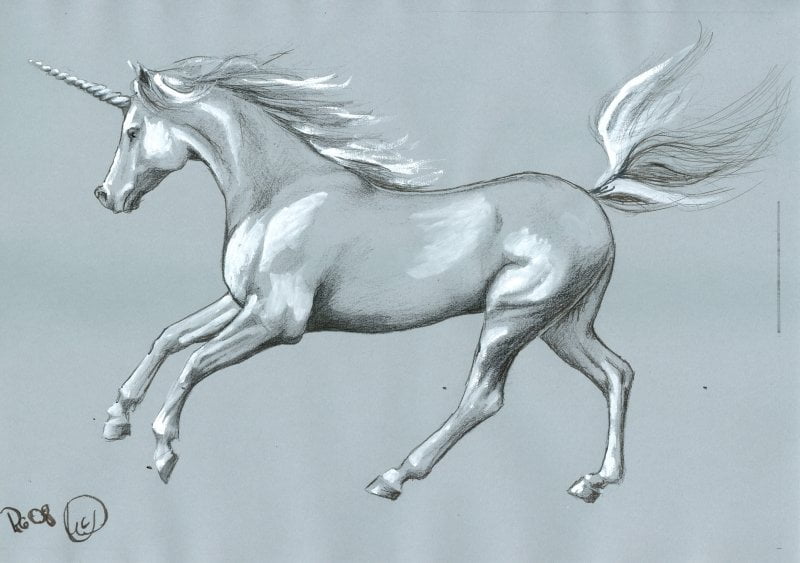 It’s interesting because the myth of the existence of unicorns is so widespread, that even if we assume that the carvings explain where unicorn myths came from, it still doesn’t explain why they continued for so long. Notice that I haven’t even described what a unicorn is. I just assume that you know because… who doesn’t know what a unicorn is?

For a creature that came from nowhere, never really existed, and has no real origin, the unicorn has lasted an unbelievable amount of time in the imaginations of the human race. There really is no parallel, other than maybe the griffin, but even then not to the same degree.

So I had an idea to invite visitors of this site to make up some unicorn myths of their own? The following are the submissions from that experiment. There’s got to be someone who can tell a good unicorn legend, even if the ancient myth writers couldn’t.

Hiduthhttps://hiduth.com/
HiDuth is a modern gateway to paranormal and spiritual activity. A collection of stories that focus on what seems to belong to a different world, far from the visible one, from what we trust to be real.

Life on Earth May Have Started with a Cosmic Splash

Life on Earth May Have Started with a Cosmic Splash: A...
Read more

Life on Earth May Have Started with a Cosmic Splash

Life on Earth May Have Started with a Cosmic...
Read more

This Is Why Sending Messages to Aliens Might Be...
Read more

To be updated with all the latest news, offers and special announcements.